SEE THE ENTIRE FILM: Iraq – From The Beginning To The End

CLICK on the link below to see the entire film on VIMEO:

Iraq – From The Beginning To The End from Maj Wechselmann on Vimeo. 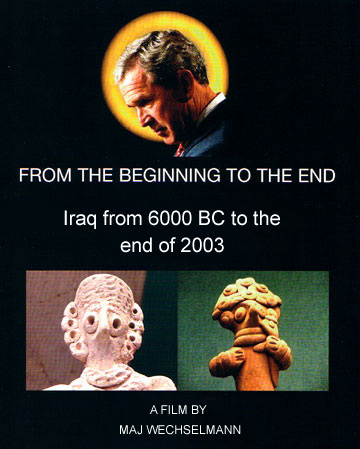 Culture, invasions, foreign rulers, Alexander the Great, the Romans, the Mongols, the Ottomans, the British, the Americans.

The film describes the two Gulf Wars – we were there.

We meet Peter Arnett, former CNN reporter, Colin Campbell, former CEO from the Oil Company Amoco, the british journalist Robert Fisk, Doug Rokke former chief of the radiological laboratory of the US. Army, John Curtis, head of the Assyrian department of the British Museum…  and a lot of others.

PreviousPrevious post:NEW TRAILER ON VIMEO: My Mother
NextNext post:See the entire movie on Vimeo: Evidence
This website uses cookies to improve your experience. We'll assume you're ok with this, but you can opt-out if you wish.Accept Read More
Privacy & Cookies Policy
Necessary Always Enabled